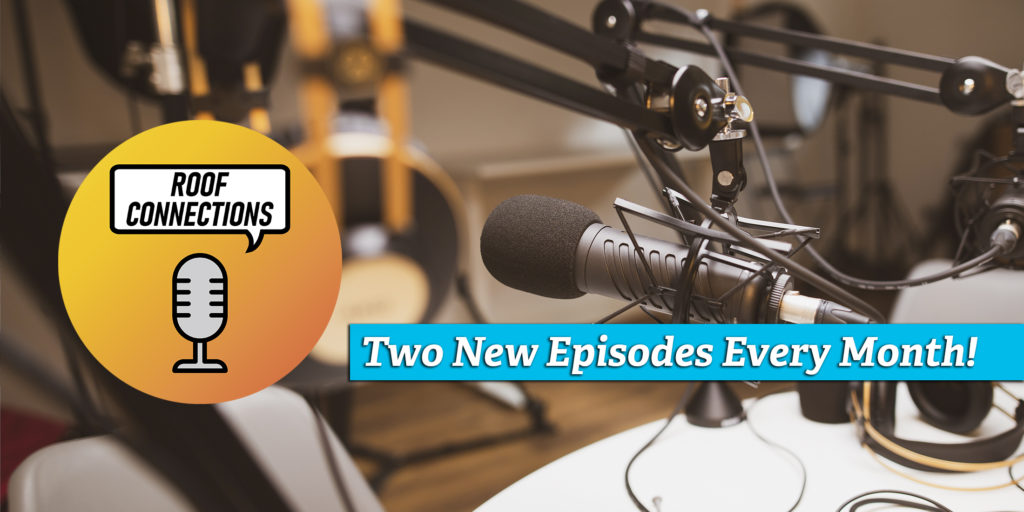 DH: We all just got back from IRE in Dallas this year. It was supposedly the biggest one we’ve ever had, and topped last year’s show in Nashville. I caught the first couple of days, I was there, I went and saw the Keynote Speaker, Charlotte Jones, who is the Marketing Ambassador or Brand Ambassador for the Dallas Cowboys, that was a pretty interesting speech, I don’t know if any of y’all went to that, it was fantastic. What were some of the takeaways you got from the show this year?

JH: The biggest thing is that it continues to grow. This was my 10th year to go to the show, and Dallas was as they touted, the biggest one. It continues to grow. The vendor booths, there are a lot of new innovations out there, whether it be with the technology in how we process data, you see a lot more of that at the shows than what we’ve seen in the past. And then the equipment that the manufacturers are coming out with, and new types of material that are coming out every year.

WC: Yeah, it seems like the NRCA does such a good job, and of course you get to meet with the manufacturers and find out best practices. And the classes are great. If you take your career seriously, you really need to be there. I really think technology for information seems to be the theme, as everyone is trying to gather information and provide it to the customer, so the customer isn’t having to climb up on a ladder, or hatch to get there and see it. And that just keeps getting better and better.

EH: Yeah. I saw the same things, like Jeremy said, I’ve been going for years and this was by far the biggest one. There was a little lull in the 2010-2015 where attendance may have dropped down, but we have bounced back since then. And the same thing with the innovation, the technology. It seems roofing has been one of those industries, it is not terribly sophisticated, but now we’ve seen the industry as a whole adopt technology, and everything really in this world is data driven, and we’re seeing the roofing industry adopt that as well.

JH: The first one I went to; I think there were two work order management companies and maybe an estimating/take-off type deal. And since then, the last several years, it has probably grown to 5 to 10, and I’m probably not counting them all, but I looked at several different ones, in multiple categories, just to get a feel for what they are doing, and what their capabilities are, and how they compare to what we are doing internally and how that matches up.

EH: There has been a, I guess because we are the old guys now, there has been this joke you know, what are the millennials going to do? But we see what they are going to do now. They’re going to be innovating and finding new ways to grab data, and I think that is exciting.

DH: I saw one booth that, instead of using a drone because of regulations for drones, they had a tank-looking device that had treads on the side that looked almost like sandpaper, they were real grippy so they could climb on steep sloped roofs, things like that out of the box thinking, that when you can’t use drones, how do you get information without putting someone on the roof. It was pretty interesting.

Okay, well, IRE kicked off the beginning of February. Coincidentally, Ground Hog Day was also on the second. Punxsutawney Phil didn’t see his shadow this year, so that means spring will come early this year. With spring you get thawing ice & snow, so I want to talk a little bit about what are some of the problems with roofs as winter thaws and spring comes in.

WC: There are a multitude. Winter is hard on roofs, and people naturally neglect their roofs and they try to address it when there is water coming into the building. It is so much more cost effective and cheaper in the long run to be proactive, and to have people up there to unclog drains, clear debris, look for cracking, there are so many issues that can happen. You’ve got foliage dropping in the fall that no one removes, then you’ve got ice and snow, so there are a lot of things that can happen, and catching it early, by having someone come out there immediately after winter and look, is so much more efficient and prevents damage to your insulation, deck, ceiling tiles, inventory, computers or servers. There is a lot that goes on. Just because you don’t have water coming in, doesn’t mean you don’t have issues with your roof. Winter is hard on roofs, especially in the north.

DH: Yes, I was going to ask. What are some of the first things a facility manager needs to think about, when it comes to evaluating their portfolios in the spring.

WC: Having a trained professional go up there and evaluate it and look for deficiencies and have them prioritize. Some of these guys have thousands of stores, and obviously they can’t fix everything at once. But if they prioritize their issues and identify before it becomes a bigger problem. Because an $800 repair today will be a $3000 repair in 6 months.

EH: A big priority going into spring: drainage is priority, you’ve got to get the water off your roof. What you want to do is make sure, you’re going to have a lot of foliage, leaves that have dropped, wind blows and dirt collects on your roof, all that stuff goes to the lowest point, so it ends up in your drains or gutters, so get it out of there, because spring for most of the country is rainy season. If you’re going to have a lot of rain, you need to get anything that is going to block your drains or gutters, you need to get it out of there so that water can get off your roof. If it can’t get off your roof it is going to back up, and it will find a way to get in the roof. Worst case scenario, water is not getting off the roof and you will have a structural issue. My advice is to get a professional up there to check your drains and gutters, and then let’s check the rest of the roof to make sure it is still intact.

JH: the process is different based on the region you’re in. Wade mentioned, the northern region will have more issues from the extreme cold, the southern region will have issues with foliage. Having someone based in that area, or has knowledge of what it does to the roof. There will be some commonalities on what they look for, but how the extreme weather changes is good knowledge for the local people.

DH: This is one of those points where a facility manager with a large portfolio would want to have a maintenance program in place. We have one set up with the Sheridan School District, correct? You want to tell me how that works?

WC: We walk the roofs in the spring and fall essentially. As soon as winter is over, we try to get guys up there and evaluate. What we do with them is what we call a leak free program. We guarantee the roof leak free, and if there is a problem, we run the call for free. So what we have done is invested ourselves. We don’t want their roof to leak. We try to make the repairs correct the first time. It lines our incentive up with the district’s incentive, which is no leaks, so with us, that is what we would do with our own roofs. We get guys up there, get the roof cleaned, take care of any minor repairs, splits, cracks. You will have people up there during the winter working on heating and cooling units, that sort of thing. Foot traffic and ponding water seem to be the big things there, so with guys up there you can prevent a lot of issues before they become bigger.

DH: What kind of cost savings are associated with doing a preventative maintenance program like this, as opposed to a reactionary approach?

WC: You really have to look at it as a Total Cost of Ownership, which is cost savings over the life of the roof. We’ve done studies and it is really unbelievable. The NRCA did a study where it says if you are under a maintenance program, your roof will last 20-25 years. If you have no maintenance program, its 8-12. So you are essentially getting 3 times as much roof life, so that is how important it is. The real calculation is, the cost of your roof plus the cost of the repairs and maintenance program, divided by the life of your roof. If you’re getting 25 years out of your roof, and are spending an extra $3-4 thousand per year on a maintenance program, it is well worth it. What we generally see is people are spending $12-15 thousand per year on their roof because they are having to replace them so quickly. The key to saving money in roofing is to extend the life of the roof and change that bottom denominator.

EH: Every day we are putting roofs on for customers and they are wanting a 15- or 20-year warranty, and that is what we are doing. But they don’t have a maintenance plan. And if you don’t have a maintenance plan, like Wade said, that roof is only going to last 8-12 years and your 15- or 20-year warranty does you no good at that point, if you’re not maintaining it.

JH: I think everybody understands that you have to do preventative maintenance on equipment. I’ve heard Wade make the comment about changing oil in your car. I came from an environment where we were doing preventative maintenance on equipment just so the up-time would stay up. The roof is no different. You still have to have guys go up there routinely and look, clear the drains, do some simple sealant opportunities that extend it. If you equate the roof similar to what you rate your HVAC equipment or chiller equipment, it is an asset that you have to take care of.

DH: Yeah, if it is out of sight, people tend to forget about it.

DH: And then next year, it would be twice as much.

WC: The roof is the same though.

DH: Well I think that is all I had for today. Just talk a little about spring and maintenance.